Connection to the Hunter Valley – Sister Janet Lackey was born at East Maitland.  She is named on East Maitland Citizens’ Memorial and the honour roll of St Stephen’s Presbyterian Church East Maitland.   She was generally referred to as Janet and to family members was known as Jen. 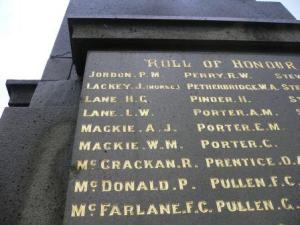 Training and experience – graduated Maitland Hospital 1912, worked as Theatre Charge Nurse at Maitland before enlisting and in private  nursing.